The land of thunderstorms and primroses

Friuli Venezia-Giulia is a land to be discovered, rich in history, culture and nature. Below you can find some proposals for tourist visits in some of the most suggestive and significant places in the Region. 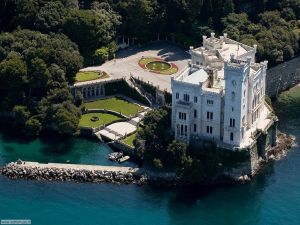 TRIESTE AND THE MIRAMARE CASTLE

The marvelous Trieste from the hill of San Giusto with a splendid panorama of the Gulf to Piazza Unità d’Italia, the largest in Europe open to the sea.
The famous Miramare Castle, residence of the Emperor Maximilian of Habsburg and his wife Charlotte of Belgium, stands in a suggestive position at the end of a promontory, and is one of the most notable examples of a princely residence from the second half of the 19th century. 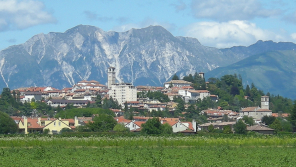 SAN DANIELE OF FRIULI AND UDINE

The town of San Daniele is known throughout the world for its extraordinary and unique ham which, thanks to the microclimate of the area, takes on a characteristic and unmistakable flavour. The delightful medieval historic center is enriched by the presence of the prestigious Guarneriana Library, one of the oldest in the world.
Udine, the capital of Friuli and the city of Tiepolo, boasts a very rich historical and artistic heritage. 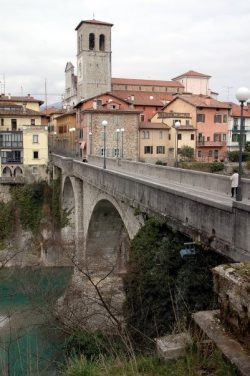 Cividale del Friuli, a city perched on the banks of the Natisone river, is an important historical and cultural center of the Region which preserves many artistic testimonies of the passage of the Lombards in Italy.
Caporetto, a place known for the events of the First World War. Every corner brings back to the famous Battle that sanctioned the Italian retreat on this front.
Lake Bled is a lake of glacial origin in the Julian Alps located in northwestern Slovenia. The area is a popular tourist destination and one of the most beautiful Alpine holiday resorts which stands out for its mild and health-promoting climate and the thermal lake water.
Monte Lussari, a jewel of incomparable beauty from which you can admire a stupendous natural scenery of the Alps, as well as being a place of naturalistic interest, is also a sanctuary that unites the Slavic, Italian and German ethnic stock. 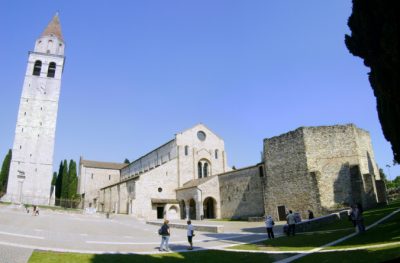 Palmanova, a national monument since 1960, is called the “starry city” due to its 9-pointed star polygonal plan.
Aquileia, a Roman colony founded in 181 BC, is one of the most important archaeological sites in northern Italy and was one of the historical capitals of Friuli, whose banner derives from the coat of arms of this city.
Grado, a city that developed in 452 when many inhabitants took refuge on the island to escape the hordes of the Huns led by Attila, is an important historical, tourist and spa centre. 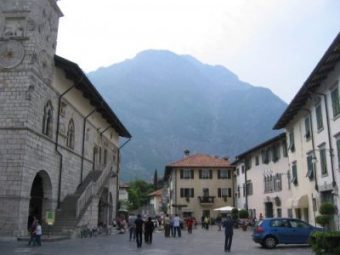 Gemona, an ancient obligatory stop for the Romans who moved north from Aquileia. In 1976 it was devastated by the earthquakes of May 6 (almost 400 dead) and September 15, which caused the collapse of a part of the cathedral, a reference point for the entire city, and of the castle.
Venzone, proclaimed a national monument in 1965 for its historical and artistic importance, is called “the village of mummies” due to the discovery in its municipality of perfectly preserved mummified human specimens. In 2017 it was awarded as the most beautiful village in Italy. 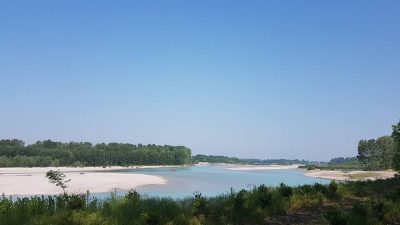 The Tagliamento is the most important river in Friuli-Venezia Giulia with a length of 170 km and a river basin almost 3,000 km2 wide: considered the only one in the entire Alpine arc and one of the few in Europe to preserve the original channel morphology intertwined, for this characteristic of high hydromorphological quality, as well as for the uniqueness of the fluvial ecosystem as a whole, it is also called the King of the Alpine rivers.